Many of us with iPhones in Phoenix received a mobile emergency alert yesterday. Learn about your options to disable them if you want.

In amid the sad and tragic news of the passing of nineteen Arizona firefighters yesterday near Yarnell, there was one other big piece of news: iPhone users in the Phoenix metro area were all startled by the activation of the mobile Emergency Alert System to alert us of a dust storm. We heard the usual EAS alarm tone (which is intentionally jarring!) and we received a notice on our phone screens: “Emergency Alert: Dust Storm Warning in this area til [sic] 12:00 AM MST. Avoid travel. Check local media. -NWS.”

You can turn off these alerts on your iPhones if you want to do that. (I am neither saying you should or shouldn’t!). To do that, go to Settings and tap Notifications. At the bottom of the screen is a section titled “Government Alerts.” At the moment, you can select to enable or disable AMBER alerts and Emergency Alerts.

With the Monsoon season having started in earnest in Phoenix, warnings for dust storms are very prevalent. You’ll be getting a lot of these notices if you keep them on — just be prepared for them.

Dear Apple (if you’re reading this post): Leave mapping to the experts; your customers have spoken. 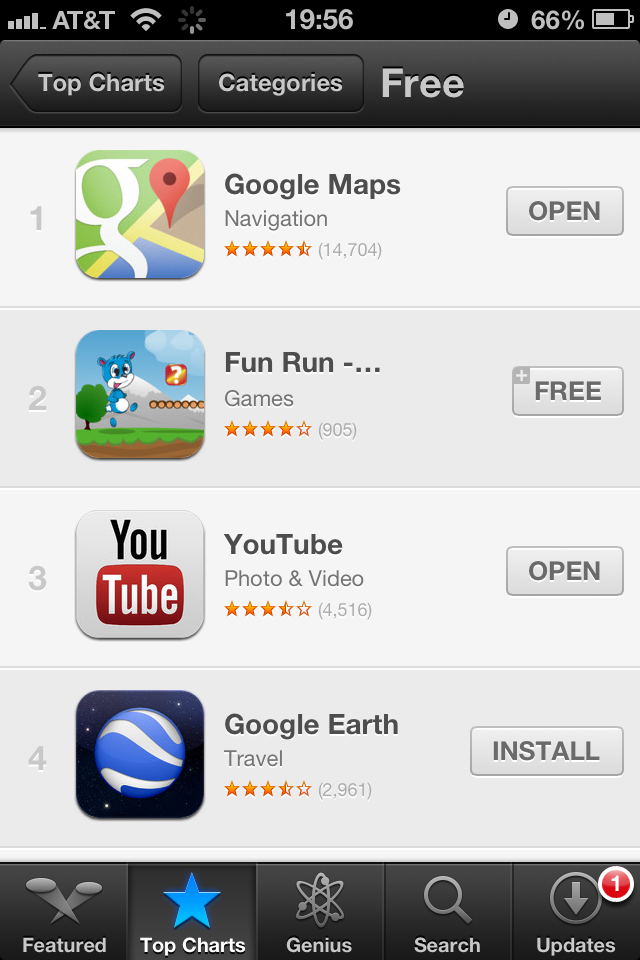 Quick two-sentence post for a rainy evening in the desert…

You know that it says something about the quality of Apple’s native mapping application when, not quite twenty-four hours after its release, Google Maps for iOS (well, iPhone/iPod touch at the moment) is the number 1 rated free application for download.

Dear Apple (if you’re reading this post): Leave mapping to the experts; your customers have spoken. 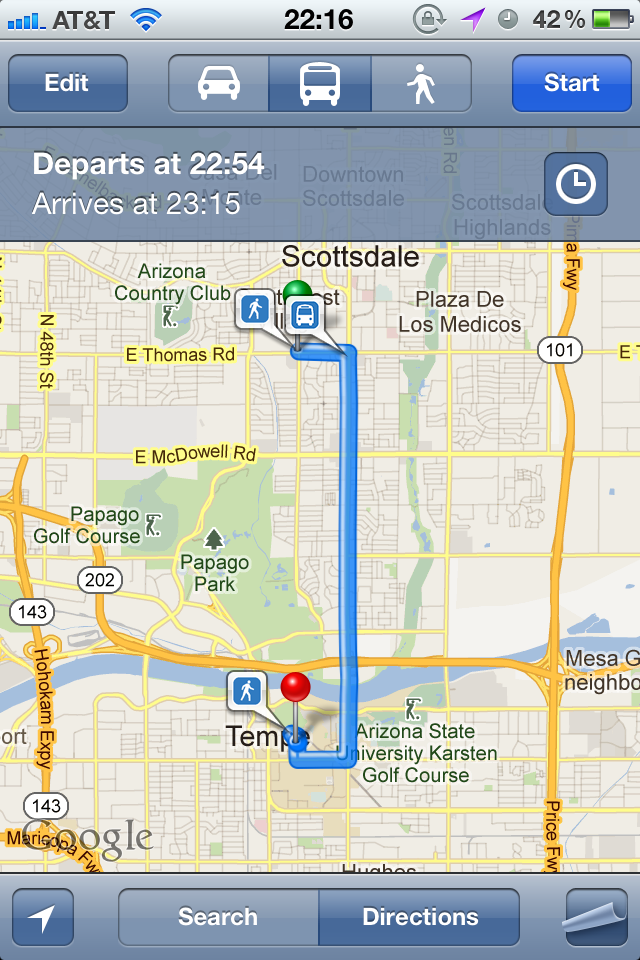 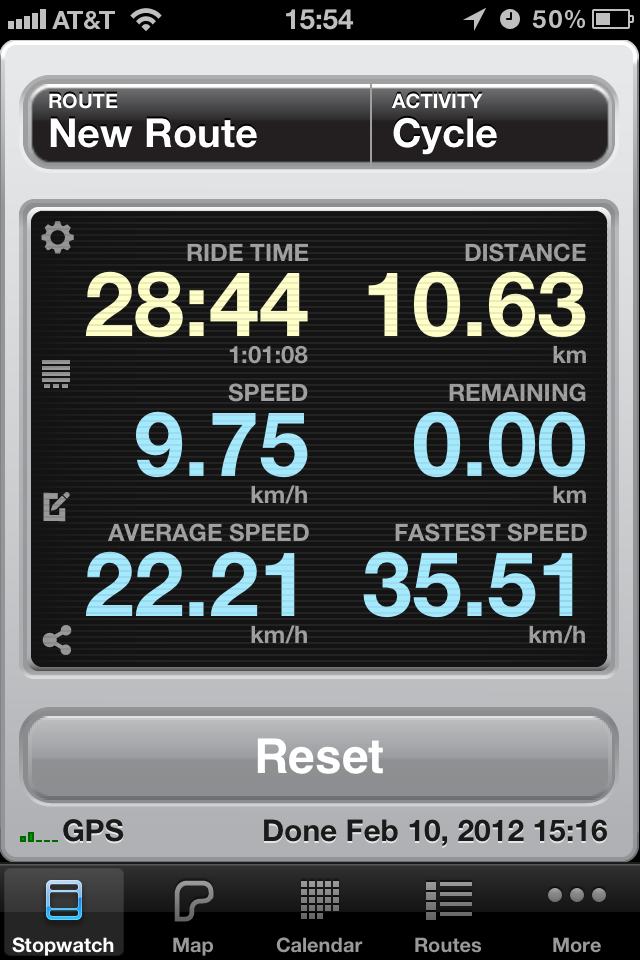 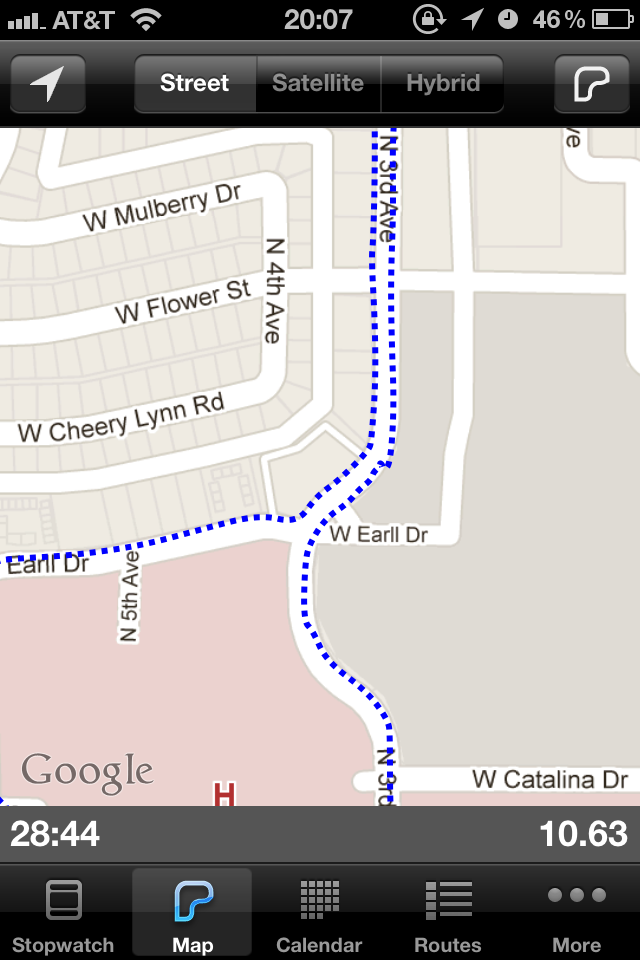