A Festival of Nine Lessons and Carols 2018, the VII installment of a Spotify playlist tradition 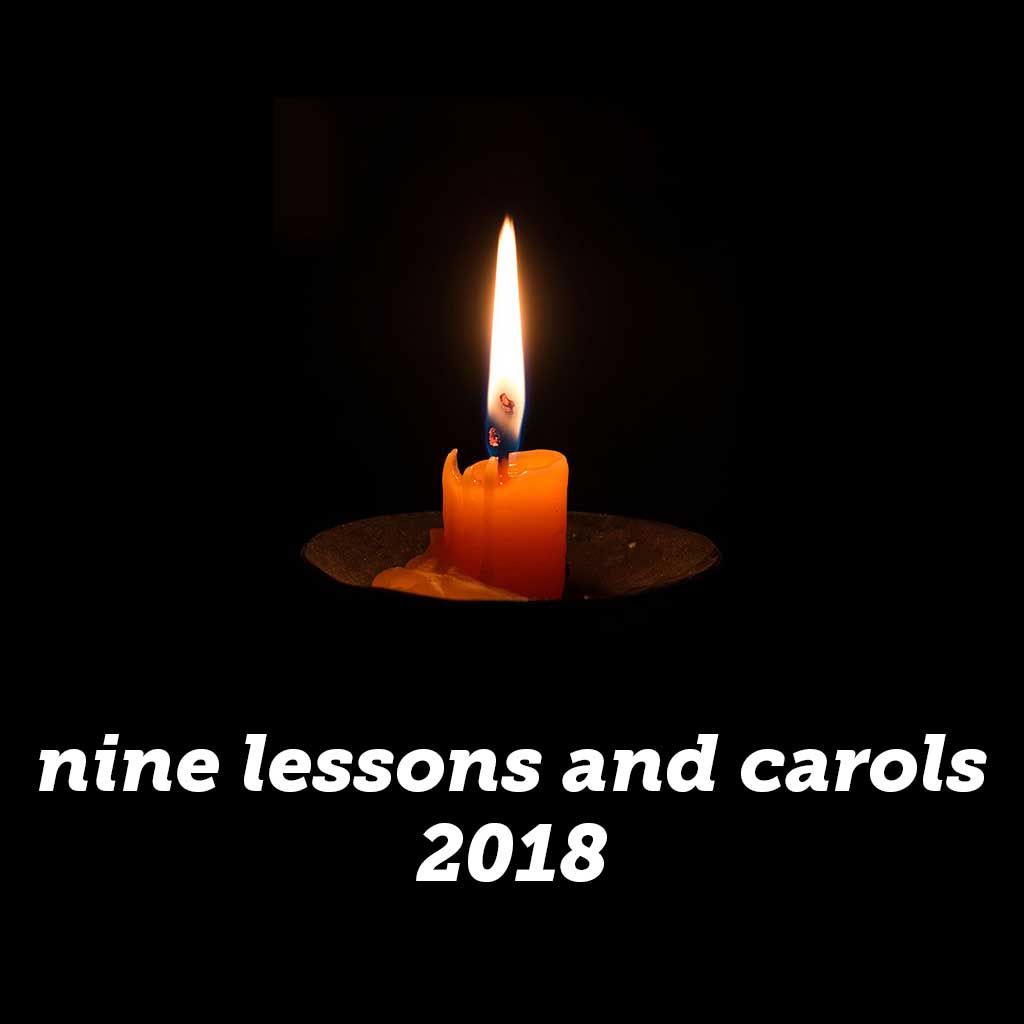 Each Christmastide on Spotify, I publish a playlist in the format of the Nine Lessons and Carols, something that we heard earlier today from King’s College Cambridge.

From me to you all, I wish you a happy Christmas with friends and family near and far.

END_OF_DOCUMENT_TOKEN_TO_BE_REPLACED

The following email was conveyed to members of the Phoenix City Council, the Historic Preservation Office, and others within the City of Phoenix to express my disdain for unnecessary regulations on murals in light of a few individuals’ complaints about the Phoenix Mural Festival:

In no uncertain terms, I am strongly opposed to the creation of any regulations or restrictions on private property owners to engage in artistic expression and paint a mural on their property. Further, I am concerned that if murals become regulated, other elements of personality and individuality will be up for additional regulations and the City would become one large homeowners’ association with all of the restrictions that have made HOAs infamous.

In his 2011 book Triumph of the City, the Harvard economist Edward Glaeser made this comment: “There is great value in protecting the most beautiful parts of our urban past, but cities shouldn’t be embalmed in amber” (p. 136). Cities are living and breathing embodiments of our history where the present is informed by the past. Like museum relics, however, if something is embalmed in amber, it is most likely deceased.

I am greatly troubled to hear about this row caused by murals painted in historic neighborhoods. I am sure that others have spoken to you about potential First Amendment implications and problems of mural regulation. I am also sure some have spoken to you about if it’s appropriate for City government to police murals painted on private property. As a Midtown community leader and a supporter of the arts, I am compelled to speak at this from a different angle.

In the City’s 2015 General Plan, arts and culture is a core part of the City’s identity. The General Plan’s goal for the arts in Phoenix is, “Ensure Phoenix becomes an Arts & Culture destination by encouraging new public art projects, maintenance of existing public art, and support for arts and cultural activities throughout our communities” (p. 126, emphasis mine). The General Plan was created through a celebrated program of community consensus. But now when its application is at hand, does this City- and community-driven plan mean anything, or will its guiding principles and specific recommendations be ignored?

Creating regulations because a small minority of Phoenix citizens have complained about recent murals undermines the great tradition of free artistic expression that has made Phoenix a welcoming community for artists to make our city better and for all of us as urban advocates to keep fighting for Phoenix.

In closing, I am strongly opposed to the creation of any regulations in any neighborhood to limit the painting of murals on private property.

Like symphonic music? This edition of The Friday Five recommends some works for your weekend symphonies playlist. Complete with Spotify link, too!

This is a personal blog, after all, so we’re taking things a little differently for this edition of The Friday Five: five symphonies that should be on your list for the weekend and some suggested recordings. If you’re on Spotify, you can subscribe to the playlist here.

1. Symphony no. 2 in D Major (op. 43) by Jean Sibelius: There are a lot of things to be said about this work. While scholars debate whether this work was meant to be an anthem to independence of Finland from Russia (the finale does have a point), this work paints a picture of the Finnish landscape.  Its opening movement is lyrical, its second movement is hauntingly beautiful, and its third and fourth movements are grand. If you have dry eyes after listening to the finale, then you’ve been doing something wrong. (Suggested recording: Minnesota Orchestra conducted by Osmo Vänskä, along with Sibelius Symphony no. 5, recorded 2011 on the BIS label, BIS-SACD-1986)

2. Symphony no. 36 in C Major “Linz” by Wolfgang Amadé Mozart: While Mozart’s symphonies nos. 25, 40, and 41 might be played more, we are rather partial to Mozart’s Symphony no. 36.  It’s your standard late edition Mozart symphony. Still, though, it’s full of youthful charm and energy. Pay attention to the trio of the menuet: it’s a favorite. (Suggested recording: Scottish Chamber Orchestra conducted by Jukka-Pekka Saraste, along with Symphonies nos. 32, 39, and 41; recorded 2011 on the Virgin Classics label, Virgin 96370)

3. Symphony no. 2 “Mysterious Mountain” by Alan Hovhaness: Perhaps not a symphony in the four-movement Classical style, this is more of a programmatic work. Two movements with unusual time signatures surround a lovely double fugue, of which Alan Hovhaness was perhaps the best contemporary composer of the fugue format. (Suggested recording: American Composers Orchestra conducted by Dennis Russell Davies, along with Hovhaness’s Lousadzak and Lou Harrison’s Elegiac symphony, re-released 2008 on the Nimbus label, Nimbus 2512)

4. Symphony no. 4 in f minor (op. 36) by Pyotr Ilyich Tchaikovsky: A staple of the Classical repertory, the San Francisco Symphony and Michael Tilson Thomas’s recording of Tchaikovsky 4 should be a staple of anyone’s Classical library. Few recordings match the artistic excellence presented here. The third movement is a lively scherzo with pizzicato (plucked) strings. Just be sure to reduce your volume before the fourth movement starts! (Suggested recording: San Francisco Symphony conducted by Michael Tilson Thomas, on the Keeping Score series, released 2010 on the SFS Media label, SFS Media 30)

5. Symphony no. 1 by Henri Dutilleux: With apologies to Monty Python, this comes from the and now for something completely different file. M. Dutilleux passed away last year and his works cemented himself as the composer par excellence of French classical music in the late 20th century. His Symphony no. 1 is something very different, indeed: a four-bar motif sets the stage for the first movement passacaglia, the third movement has a theme but is introduced well into the movement, and the fourth moment starts with grand fanfare that sounds an awful lot like something from Messaien’s Turangalîla-Symphonie. You’ll have to take my word on this one. (Suggested recording: Seattle Symphony conducted by Ludovic Morlot, along with Dutilleux’s Tout un monde lointain and The Shadows of Time, released 2014 on the Seattle Symphony label, Seattle Symphony 1001) 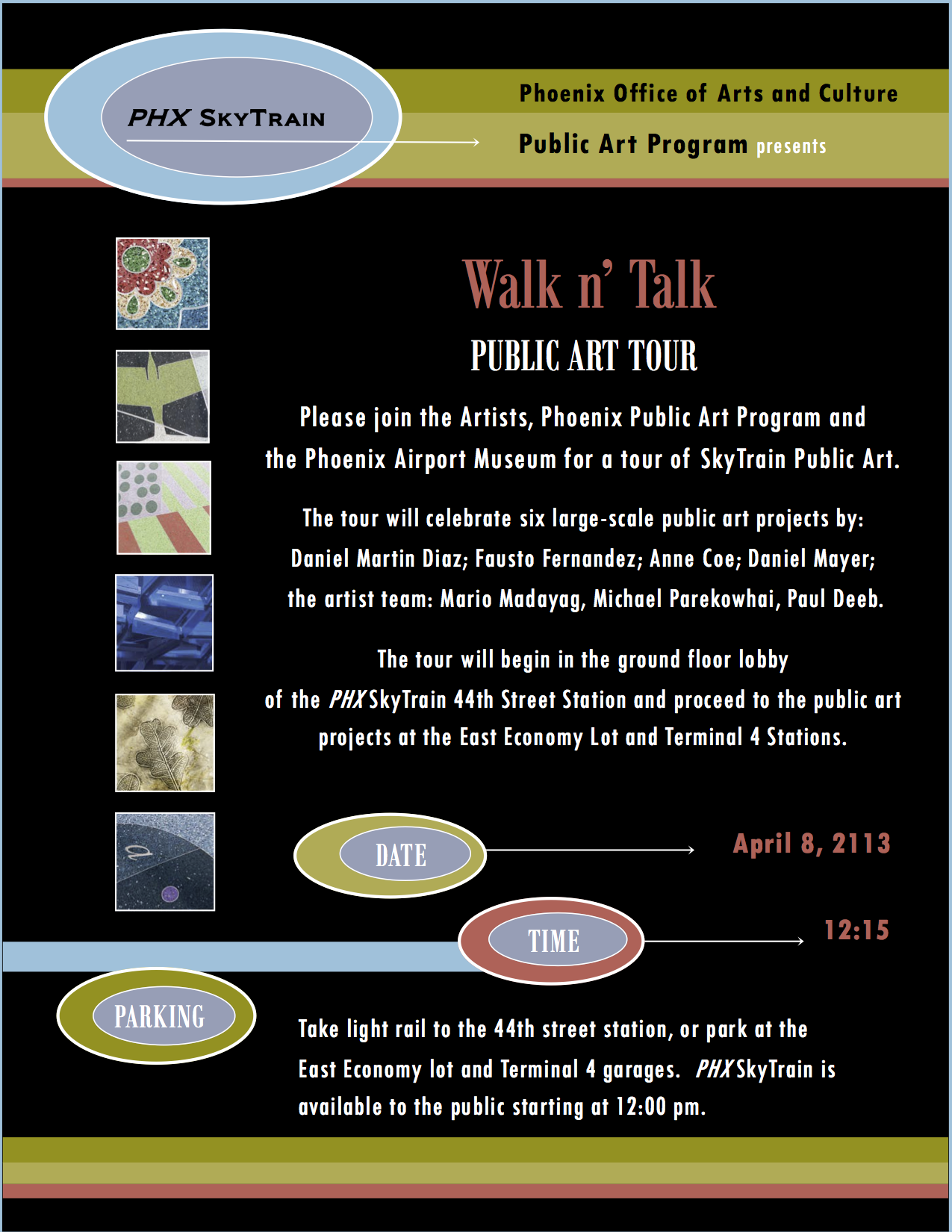 A documentary on the urban park development movement titled “Olmsted and America’s Urban Parks” will be the subject of a free, public screening at Civic Space Park’s A.E. England Building, 424 N. Central Ave., on January 12, 2012 at 6:30 p.m.

A documentary on the urban park development movement titled “Olmsted and America’s Urban Parks” will be the subject of a free, public screening at Civic Space Park’s A.E. England Building, 424 N. Central Ave., on January 12, 2012 at 6:30 p.m. Doors open at 5:30. The documentary explores the park architecture of Frederick Law Olmsted and the evolution and history of urban park development in the United States in the 18th and 19th centuries. The event will also feature the TED talk short video by artist Janet Echelman about her work, including Civic Space Park’s signature art piece, “Her Secret Is Patience.”

Viewers also will be able to meet one of the filmmakers of the Olmsted documentary, Rebecca Messner, and participate in a short presentation and discussion on local and national Red Field to Green Fields initiative to convert economically depressed “red” private property (residential, commercial and industrial) into public park property “green.”

The screening is a presentation of No Festival Required’s Building Community Cinema series with the support of the Speedwell Foundation, the City Parks Alliance, Arizona State University, Butler Housing Company, Phoenix Community Alliance, Phoenix Parks Foundation and the City of Phoenix.