In light of our collective cultural conversations about public space, midtown Phoenix’s Steele Indian School Park must be a part of it. Here’s why 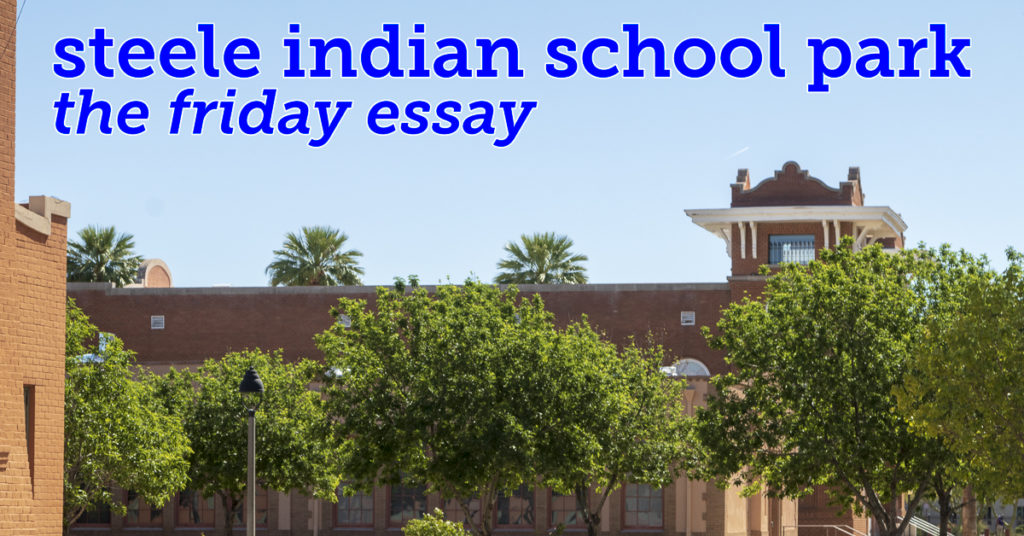 When I prepared my midtown Phoenix history lecture last year, A Brief History of Midtown Phoenix, one of the things that I wanted to do was to learn more about the full history of the Phoenix Indian School, which most Phoenicians know only as a giant park in the middle of Phoenix with a dog park and where they launch fireworks on July 4. With a few exceptions, most contemporary history books of Phoenix and its urban history tend to gloss over the site.

I should mention that I don’t intend this to be the last word in scholarship on the site. There are many more people who have reported on the history of not only the Phoenix Indian School but the issues with Indian schools nationwide. The point of this essay is to contribute to a dialogue that should be had about the challenges that this site has, especially in the broader contexts of the urban Phoenix moment and the cultural conversations happening about how we memorialize our history and interact with public space.

But let’s back up a bit more to get some additional context. In 1819, Congress passed and President James Monroe signed the Civilization Fund Act into law. Backed by an annual budget of $10,000 (over $160,000 in 2020), the Act brought in an era of assimilationist policies to “civilize” Native people. The Act wanted to introduce “among them the habits and arts of civilization.” The goal of the Act, sadly, was to put Native people in a position where they could be controlled, thereby allowing for the forcible resettlement of Indians to reservation lands west of the Mississippi River.

Early in the nineteenth century, boarding schools were set up by Christian and Catholic missionaries. The original Act directed to “employ capable persons of good moral character” to do the work. Indian families were coerced to send their children to these boarding schools. And while at these boarding schools, children were assimilated and further colonized into the Euro-American culture, making them more “American” and “Christian” in the process. In the eyes of the instructors and headmasters of these schools, Native culture was something to be ashamed of.

What were the habits of civilization that were being taught? Children were punished for speaking in their own languages, being forced to speak in English. Long hair, a point of pride for many children, was cut into the same “bowl” haircut. Their traditional clothing was abandoned for uniforms. Militaristic regimentation was instituted. The goal was to “Americanize” these children.

While most of those who became “code talkers” in World Wars I and II were forced to attend these boarding schools and be forced to forget their own language, it was their home language that became celebrated and venerated when it could be used in the service of the American military.

In the years since its closure, there have been reports of systematic physical and sexual abuse of the children who were at these schools.

This program of cultural assimilation continued up until the 1930s, when the Bureau of Indian Affairs, the US agency overseeing these schools, followed the recommendations of the Meriam Report of 1928. Meanwhile in Phoenix, the Phoenix Indian School continued its operation until 1990. (Yes. 1990!)

I bring this up in light of the collective conversations we’ve been having about how we recognize public space and the symbols therein. I don’t believe that Steele Indian School Park ought to be closed. I do believe that we have to do a better job of explaining the site’s history and being sensitive to it. Although there is a reasonable attempt at interpretation about the history of the site at the park, it could use some improvement. The exhibition Away from Home: American Indian Boarding School Stories at the Heard Museum does a much better job of interpretation, and the City of Phoenix could learn from them.

But there’s one important question that ought to be asked, especially in the middle of the cultural conversations we’re having about space. In normal times, the City of Phoenix’s official celebration of the July 4 Independence Day holiday is held at the Steele Indian School Park. But while it’s a park now, for nearly a century, it wasn’t a park. Given the history of the site where Native American children were kidnapped from their homes to become more Euro-American and punished for being Native American, is that an appropriate venue to celebrate Independence Day and the signing of a document that says “all men are created equal”?

As we work through our cultural conversation about public space, we have to recognize what’s in our own backyard. It’s important to acknowledge the challenging history that this site has, especially in the urban context of Phoenix.

Epilogue: In addition to the history of the park site as the Phoenix Indian School, there is one additional story that should be shared. On 27 July 2007, two news helicopters from KNXV-TV and KTVK-TV collided in mid-air over an empty part of the park site and crashed to the ground while covering a police chase, killing all four people in both helicopters. A memorial was dedicated at the park near the crash site in July 2008. 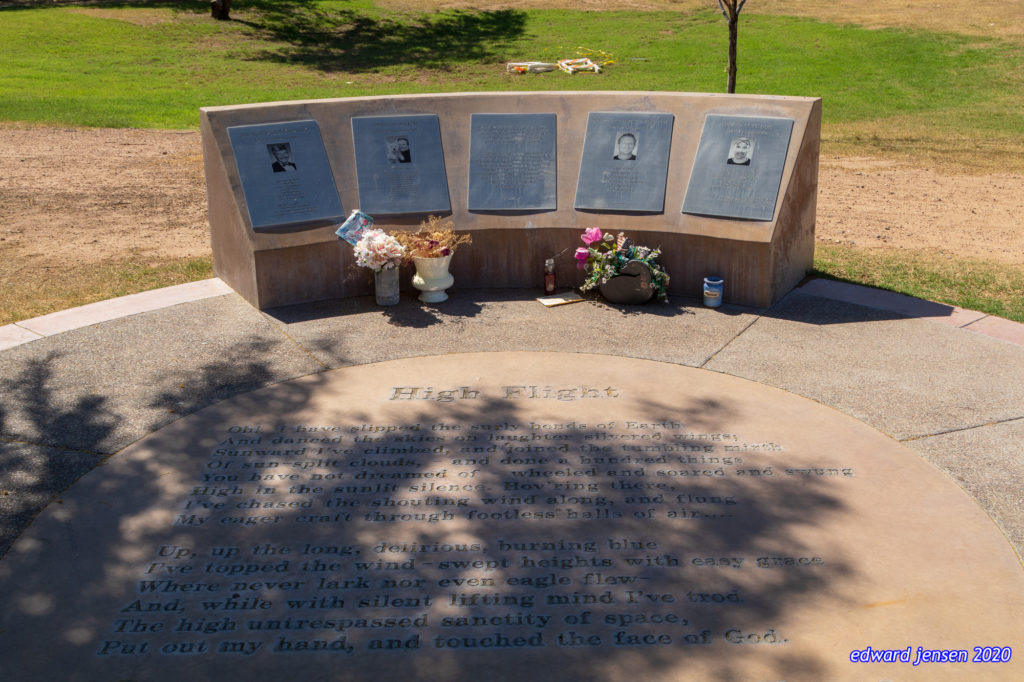