Now that Greg Stanton has resigned, the process begins to elect the next Mayor of the City of Phoenix. In a multi-part series of essays, we’ll explore the challenges that face Phoenix. 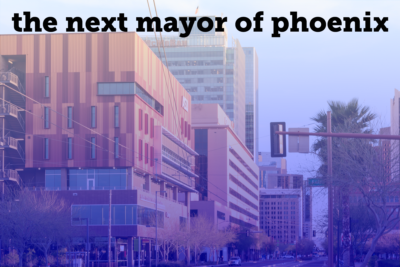 It’s been a bit quiet on this blog to start out 2018. Sorry about that. But the big news is that now-former Phoenix mayor Greg Stanton has resigned, kicking off the process to elect the next mayor of Phoenix.

In the weeks ahead, this blog will explore some of the major issues that are facing Phoenix and Phoenix City Hall for the upcoming 15-20 years. These are issues that, if not addressed very soon, will lead to major problems for Phoenix. This blog will explore issues like climate change, leap-frog sprawl, water, and even Phoenix’s form of government.

Do stay tuned over the coming weeks for some in-depth analysis of Phoenix.