It’s no secret that I’m the Secretary for Downtown Voices Coalition (DVC), downtown Phoenix’s only nonprofit grassroots organization that fosters discussion on a wide array of social, economic, physical, and political issues. One of our big projects is “The Downtown We Want,” a survey based on “The Arizona We Want” and co-presented by the Center for the Future of Arizona, Phoenix Urban Design Week, the Downtown Devil, and DVC.

You’re invited to a community meeting for residents of and advocates for Downtown Phoenix on Tuesday, April 9 to discuss “The Downtown We Want.” The gathering will include a panel discussion, moderated question and answer period, results of a downtown-specific survey, and reception with complimentary refreshments.

The discussion will be led by Dr. Lattie Coor, president and CEO of the Center for the Future of Arizona and president emeritus of Arizona State University. The Center released The Arizona We Want 2.0 on January 24, 2013 to revisit the eight citizen goals identified in the Gallup Arizona Poll, describe the changes that have occurred since the original report was released three years ago, and identify a set of recommended “next steps” that much be taken to achieve the Arizona we want as described by citizens.

TAKE THE SURVEYS IN ADVANCE
We encourage downtown residents and advocates to complete two online surveys in advance of the meeting: the original Gallup Arizona Poll and the 2012 Arizona Civic Health Index. By registering and completing the surveys using the special Group Code “voices,” you will immediately see how similar or different your responses are from those of your fellow Phoenicians and Arizonans. In addition, a special report will be released at the meeting detailing the survey responses of all individuals and organizations participating in “The Downtown We Want.”

To begin the survey, visit http://www.thearizonawewant.org/registration/. Remember to enter the Group Code “voices” in the space provided. 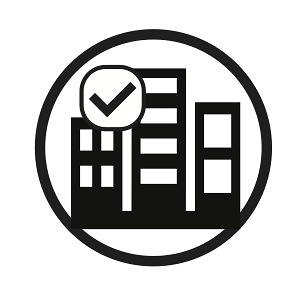 ATTEND “THE DOWNTOWN WE WANT” COMMUNITY MEETING
Other organizations and their constituencies invited to take the surveys and participate in the community meeting include Artlink (representing the local arts community), Downtown Devil (representing students attending downtown colleges and universities), Downtown Phoenix Partnership, Downtown Voices Coalition, Phoenix Community Alliance, and Phoenix Historic Neighborhoods Coalition (representing historic neighborhoods and districts surrounding downtown). Separate Group Codes will be available for each group and included in the report provided at the meeting.