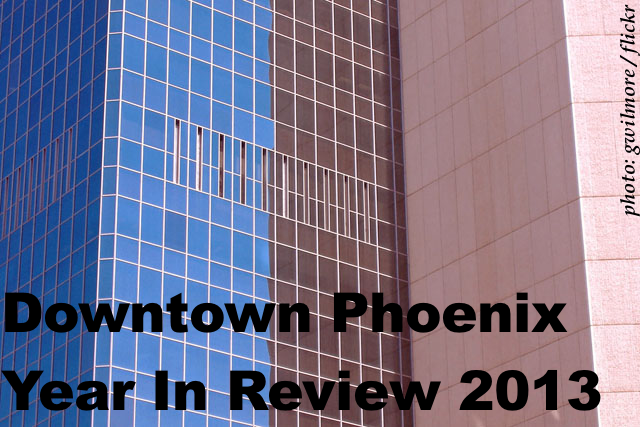 In the traditional SWOT (strengths, weaknesses, opportunities, and threats) analysis, on which this quartet of posts is modeled, a weakness is defined as something of internal origin that is harmful to organizational mission. I had a difficult time categorizing items that are weaknesses or threats (external origin) so this afternoon’s post should be read in concert with yesterday’s post.

1. Fallout from 2nd Street / Knipe House RFP — Like any good project downtown, the saga has been documented in many blogs, tweets, and Facebook posts.  (NB: I was retained by one of the proposing teams for the original RFP to provide technical advice.)  I won’t chime in too much on the topic because of that involvement but I know that time will certainly tell what happens with the project and how it might impact the Roosevelt Street district.  There has been a petition launched by one of the main people behind one of the non-selected projects to call on the City to reject the selected project.  Tempers and tensions are very high, understandably, but I hope the language being used surrounding this project (e.g., “the end is nigh for Roosevelt and downtown Phoenix”) is brought to a more civil — and reasonable — level.

2. Suburban vs. Urban Council District Divide — In recent years, and especially manifest in 2013, there has been a major divide in urban vs. suburban interests on the City Council.  The council has become, unfortunately, more anti-downtown and anti-urban.  The original plans for a large downtown biomedical campus have been retooled to share with all parts of Phoenix, especially near north Phoenix’s Mayo Hospital.  Mayor Greg Stanton was the lone dissenting vote to approve a large Circle K at the southeast corner of 7th Street and Roosevelt.  The proposed downtown observation structure, “The Pin,” was championed by a north Phoenix council representative.  To those people, our downtown is a playground for suburbanites.  While that might be okay to some point, it does very little for those who try to make and celebrate the urban experience in Phoenix. (I’ll write an essay on this in 2014.)

3. Phoenix’s Community & Economic Development Department (CED) Asleep at the Wheel — In 2013, we’ve learned of several major economic development projects that have gone to Phoenix’s suburb cities: a major Apple component subcontractor locating in southeast Mesa, State Farm and USA Basketball to Tempe, among others.  No mention was made of Phoenix, especially downtown Phoenix, even being in the running for these major endeavors.  If not, where was CED?  And, if so, what broke down?

4. Location and Site of “The Pin” — To great relief, it’s been announced that the proposed “The Pin” observation deck at Heritage & Science Park will not be happening.  This is a good thing, right, so why is it on the threats list?  People involved with “The Pin” have been scoping out other sites in downtown including, perhaps, as part of Hance Park’s redesign.  I would hope that this project has seen its last light: I am not a fan.

5. Relationship with the State of Arizona — At best, Phoenix has a tenuous relationship with our state government.  In recent months, though, it would seem that the relationship between Phoenix and Arizona has soured.  After Phoenix passed its LGBT non-discrimination ordinance in March, the State Legislature took up debate on trying to overturn Phoenix’s law.  In 2012, the State Legislature passed legislation that forced cities to have their municipal elections in even-numbered years; this year, a court overturned this law.  We’ve seen the ongoing sagas with the debates over solar power, women’s health rights, immigration reform and immigrants’ rights, and almost every other debate out there.  And then there’s perception.  Arizona is still plagued by the fallout from SB 1070 and all of the baggage that went along with that.  That perception is still alive elsewhere: as Washington State Representative Joe Fitzgibbon (D-Wash. LD 34) tweeted after the Arizona Cardinals upset the Seattle Seahawks last week: “Losing to a desert racist wasteland sucks a lot.”