[Editor’s Note: I promise to you, the home reader, that there will be a very substantial update next week surrounding quite a few new projects that are happening in this New Year 2014. In the meantime, here’s a quick dispatch.]

In the final days of December, I wrote an essay on the greenest computer, noting that the greenest computer is the one that can have its parts be easily replaced or upgraded. I replaced the original hard disk with a solid-state disk (the machine can go from being completely off to completely running in about 10 seconds…eeeeEEEEE!) and that I was about to replace the battery on the machine. With the new disk and the new battery, I am getting about 7-8 hours per charge with wireless on. 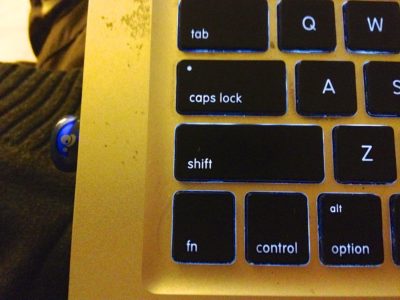 As the machine is three years old, it isn’t graced with the low-power Bluetooth 4.0 chip that all new computers, smartphones, and tablets have. Until last night! I purchased a $12 USB Bluetooth 4.0 dongle that enables low-power Bluetooth connections. The OS recognizes the chip; now, I’m trying to find a way to use the Bluetooth menu bar icon to control the USB adapter instead of the internal card.

The practical side of this is that my MacBook Pro and my iPhone can communicate using the Authy app. What is Authy, you ask? Authy is a second-factor authentication device that is compatible with the Google Authenticator system of two-factor authentication. (I hate passwords, remember? See number 6.) Authy, using Bluetooth 4.0, has a companion app for the Mac that securely transfers that six-digit code to your Mac’s clipboard. It only works on pre-approved and pre-paired computers and that authorization can be rescinded at any time.

I’m sure that I’ll discover more things for which having a Bluetooth 4.0 chip will be useful.