…in which we read into a building plaque at ASU Downtown more than we probably should.

One of the things that I do is take pictures of building plaques. They’re the little things that are inside city/state/federal buildings that gives a snapshot of the relevant legislative bodies and executive officers at the time of the building’s construction.

Much has been made about the recent decision by the ASU Downtown Phoenix campus to close off the buildings to the public. There’s a lot of confusion over ASU’s justification to do that considering that the buildings aren’t ASU buildings but are, in fact, City of Phoenix buildings. It will be interesting to see how that conversation plays out and I am very curious what ASU has to say about this.

But back to building plaques: One of the more subtle ironies in this whole discussion is this plaque that’s inside the Cronkite School building. It has the usual cast of characters on it: the Mayor, the City Council, other city leaders, and the requisite names from the Arizona Department of Education and the Arizona Board of Regents. There are, however, two other inscriptions that accentuate the irony just that much more:

“Dedicated to the people of the City of Phoenix whose vision, trust and commitment made this campus possible.”

I couldn’t help but notice this as we all considered the repercussions and impact of a newly closed campus at ASU Downtown. 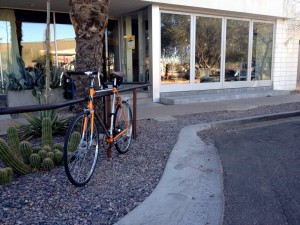 In the wild at Giant Coffee in midtown Phoenix. 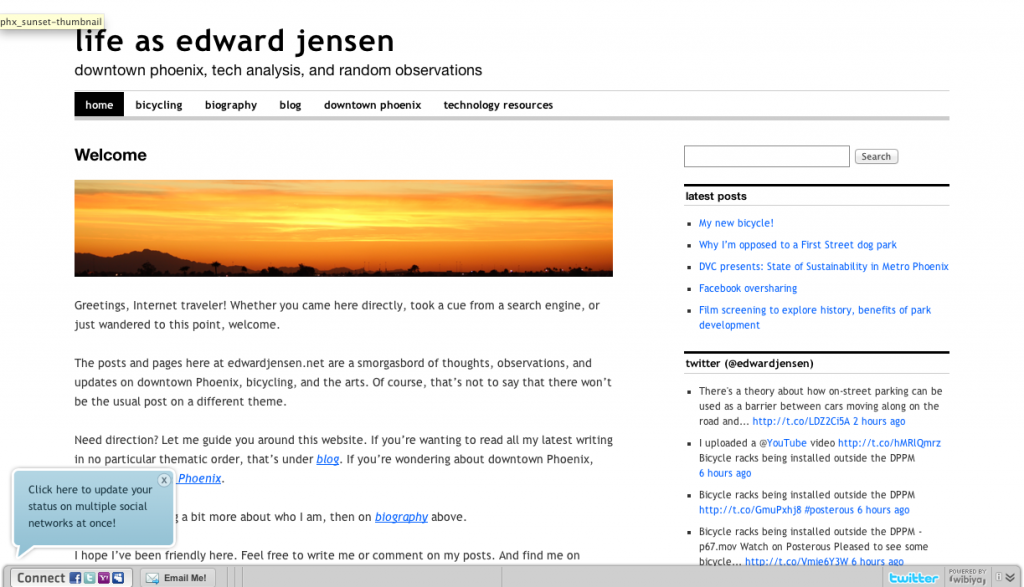 It was time to do a little Spring Cleaning on the blog and I’ve re-launched the blog. Happy February!

There are a few new features on the latest version of edwardjensen.net that you should know. First, page organization is handled a little differently. I’m beginning to focus on three key areas: bicycling, downtown Phoenix, and technology. Those key areas are in the header bar above. You can also find my current biography (under biography) and the latest posts (under blog).

Over on the right-hand side are other links to other resources that I’ve found useful online and to my various profiles on various networks. Find and follow me there.

There might be a few hiccups along the way. In exchange for that, I’m going to be introducing some new features. Bear with me…and we’ll all win.

…in which I share the good news: I have a new bicycle! 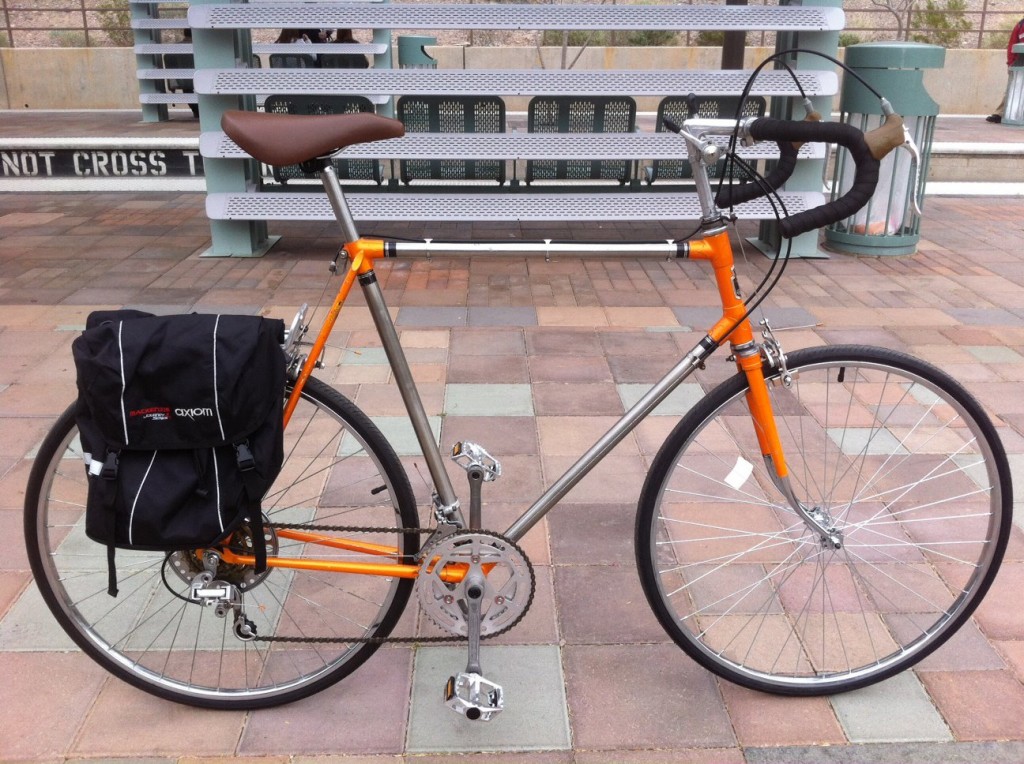 I decided to get a bicycle! It’s a 1980’s Kabuki bicycle made by the same people that make Bridgestone tires. The crew at The Bicycle Cellar in downtown Tempe meticulously refurbished this cycle with new cables, new brakes, new accessories, and an extended seatpost and handlebars. It’s an absolute thrill to ride!

Over the coming weeks, months, and hopefully years, part of this blog will be dedicated to my adventure with cycling in downtown Phoenix. I’ll write down my hints that I’ve learned as a new cyclist, share advice I’ve learned from others, review some interesting technology, rant about the Phoenix metropolitan area’s bicycle infrastructure, and share some miscellaneous ephemera.

With that, I invite you to join me on this ride. Getting to our destination doesn’t have to be solely about arriving. It’s about the journey. Put the helmet on, pack up, and let’s get moving!