The follow-up post with observations and data on getting my Dell Latitude XT2 working with Ubuntu Linux. 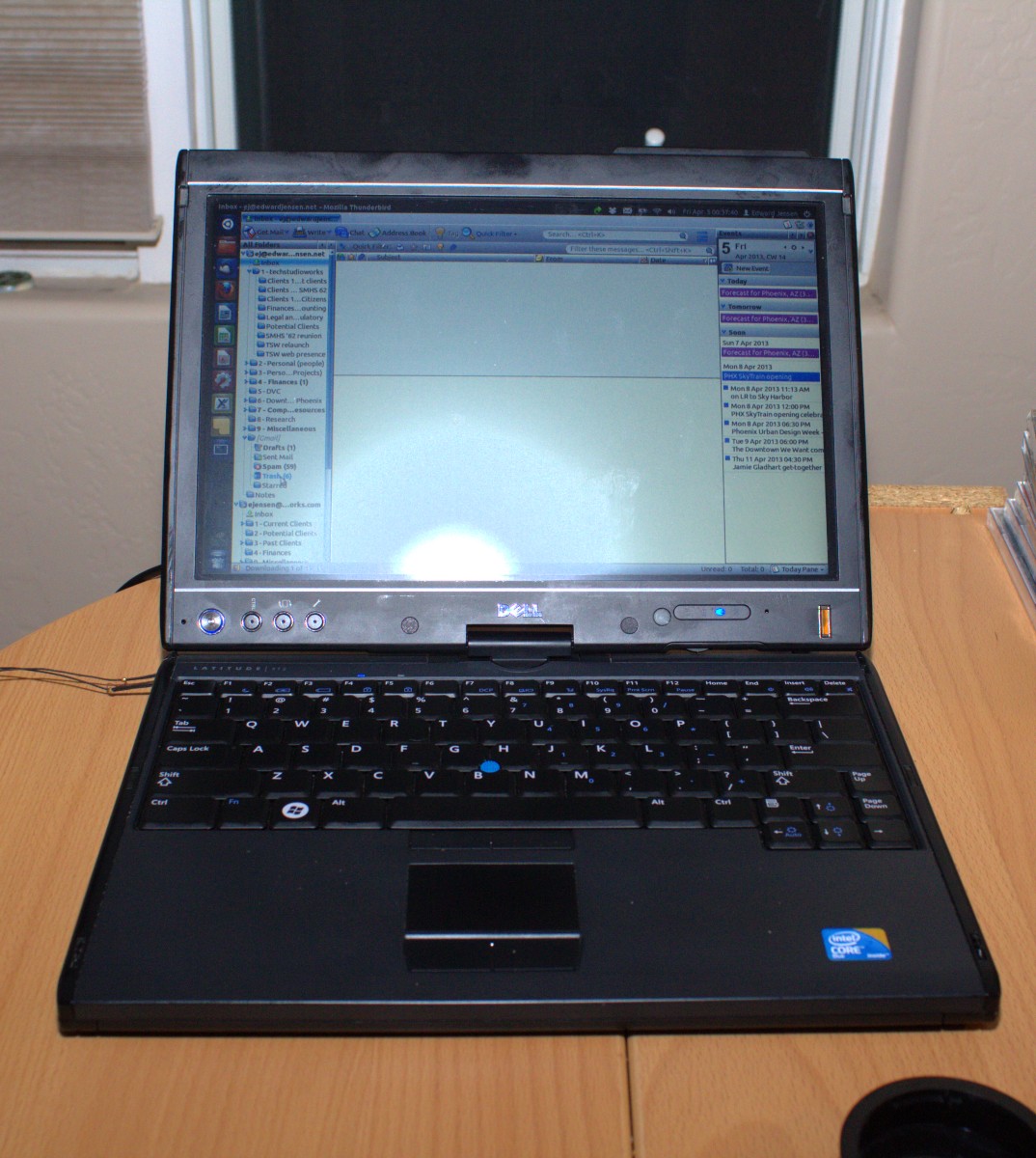 About a week ago, I wrote a post that outlined how I got my new(-ish) Dell Latitude XT2 set up to work as a convertible tablet notebook running Ubuntu Linux. For the most part, it’s working well. I knew a few things would be problematic when I purchased the machine but there are always a few things that appear (or disappear!) once you’ve got the machine in your hands. For instance, getting the machine set up was far easier than I thought!

There was definitely a learning curve to using the stylus but I think I’ve got it down. It was time-consuming getting CellWriter up and running but it’s now recognizing my handwriting with about 95% accuracy the first time.

I don’t do a lot of customization when it comes to Ubuntu because I find that it works quite well for me out of the box. I use Firefox and Thunderbird for web browsing and email management because they suit my needs the best. In fact, on my MacBook, it’s my email program of choice!

About the only additional software that I put on the machine is Dropbox, which is essential for storing and syncing files across diverse platforms. In addition to my XT2 and my MacBook, I’ve got an iPad, an iPhone, and a desktop workstation that runs Ubuntu Linux as well as Windows 7 in a virtual machine. Although Google Drive is nice to use for Windows and Mac, there is not a native Linux version…yet.

Here are some observations, concerns, and positive surprises that I’ve noticed with my machine:

More thoughts and observations will be shared when I think or observe them!